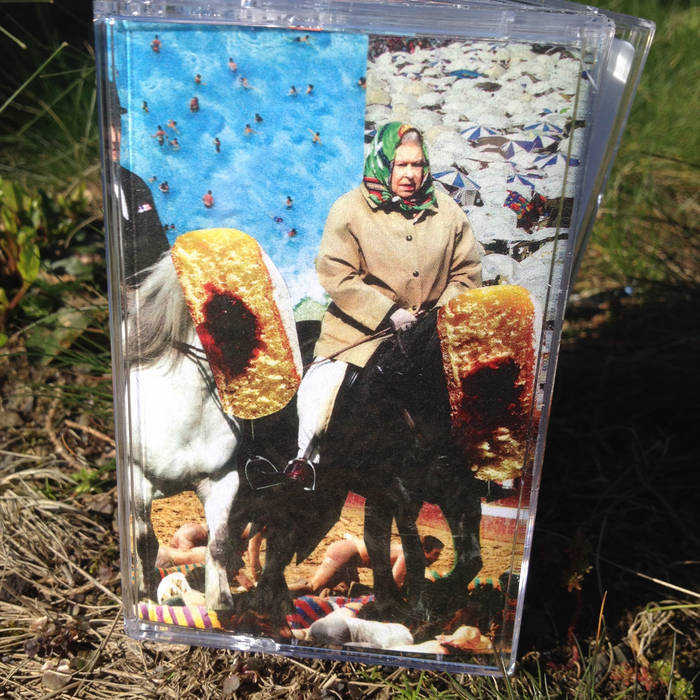 De Babalon works at the most lightless angles of an aesthetic developed over the last 20 odd years on releases for Zhark International, FatCat, CFET and DHR. For 45 minutes, he throttles and screws hardcore breakbeats amidst a viscous drone residue, allowing few firm structures to grasp onto and encouraging us to fall deeper into an abyss of spectral ambient secretions and windswept howl, coming across somewhere between Kareem’s chasmic Porto Ronco album and his own, classic LP If You’re Into It, I’m Out of It (1997).

Nina’s side follows on from her No Observable Effect (2014) mix for Krokodilo Tapes, seemingly taking a stygian cruise thru Hamburg’s underground waterways, steering thru Reeperbahn run-off and mutant, droning and distended techno-slop with fearless, unflinching vision. F**k knows what the source material is, but it’s mucky as hell!