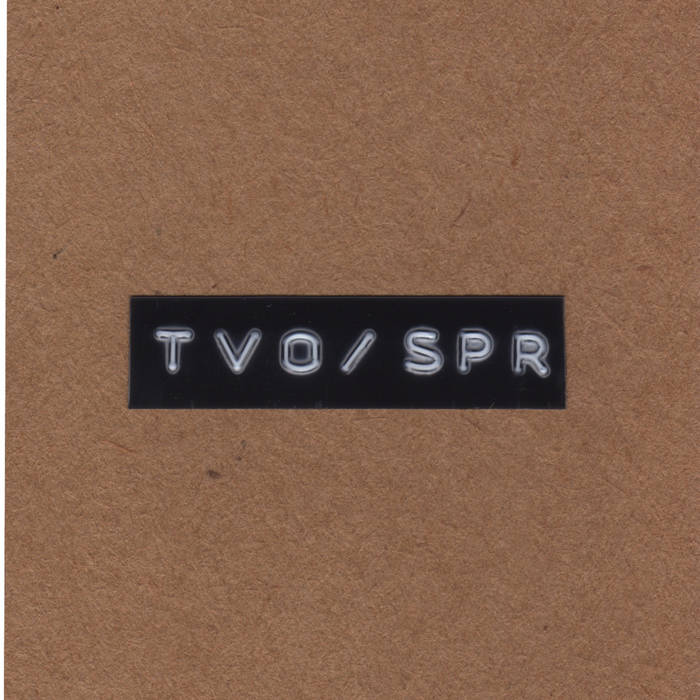 What is the point of an artist in dark moral times? Is art an impotent affectation or can artists use their work to reflect and magnify bigger concerns for the scrutiny of an audience?
Over two sides of tape, two artists take very different approaches to how to respond to a fluid, uncertain time. Not political, but motivated instead by an existential moral absence at the heart of events; one reaches introspectively, the other at the broader canvas.

SPR's helplessness and frustration at reality being bent to the will of those with their hands on the controls of perception pushes outwards as an overwhelming, out-of-control amalgam of tiny layers; the truth being the sum of many untrue parts, a congruence of facets each being seen by others as a dark reflection of their own prejudices, a mirrored facade reflecting self-evident truths and withheld bias erupting in a tumult of uncertainty; lancing the boil of the unreliable narrators. And on the flip, TVO literally tries to spin gold from the basest raw materials possible; in this case, a week's worth of output from the alt-right news website Breitbart.com, with all the constituent parts of his piece emanating in one form or another from the site, be it the raw code, image files, hidden audio files or the text itself (vimeo.com/234060174). Can something so irretrievably riddled with venom and falsehood be alchemically redeemed, and in doing so shine a penetrating light on the existence of such widely consumed falsehood?

Whether dark mirror or golden light, to say nothing is to passively accept everything; to say something - to reflect something - is to be a voice, however small, in defiance