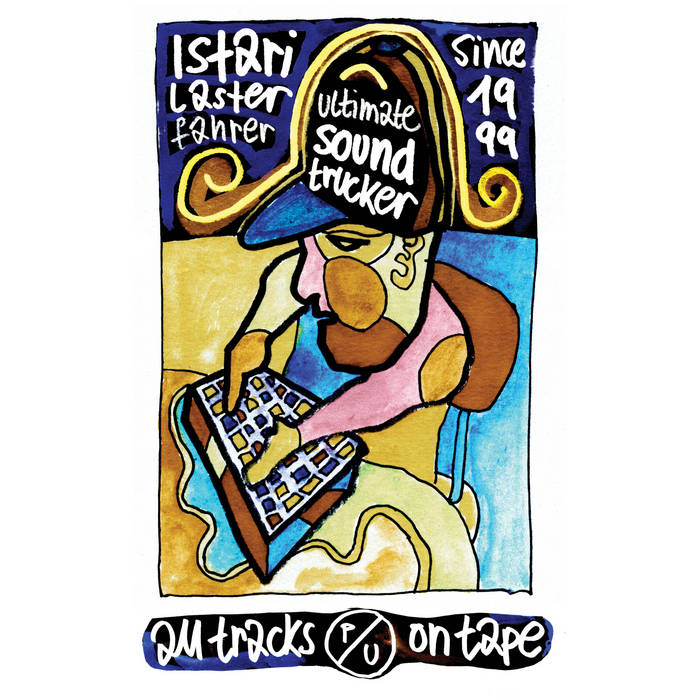 Celebrating 20 years of his productions via his Sozialistischer Plattenbau label and many others, Hamburg’s Istari Lasterfahrer has pushed a punkish take on jungle that lands squarely in the breakcore bracket of madness. Like his now label-mate Christoph de Babalon, Lasterfahrer was part of the original c8.com posse of underground labels in the late ‘90s/early ‘00s, with a sound that erred towards the more playful ends of DJ Scud and indeed De Babalon, essentially dicing with elements of early jungle but in a noisier and snottier squat party style, as heard on this tape with added emphasis on the noise and freaky experimentation.

This stuff delivers a nostalgic cosh to the frontal cortex, catapulting us back to a strange run of time when it was hard to find proper old skool jungle and hardcore (as opposed to ubiquitous 2-step D&B) and producers such as Lasterfahrer stepped in to plug a gap in the market and give us something nutty to dance to. Across this 60 minute tape he cycles thru all the pranging amens, gabbercore onslaughts and rave madness you could hope for, but persistently breaking up the rufige with mercurial detours into dungeon synth, radiophonic electronics and sampled cartoon/movie dialogue to keep ravers right on their toes.